Fanged deer- or rather, tusked deer. 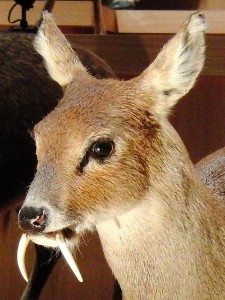 Aside from generally just being deer with great honkin’ tusks on their faces, the evolutionary history of these guys is really weird. Chinese water deer, same species as the above photo. (Source.) 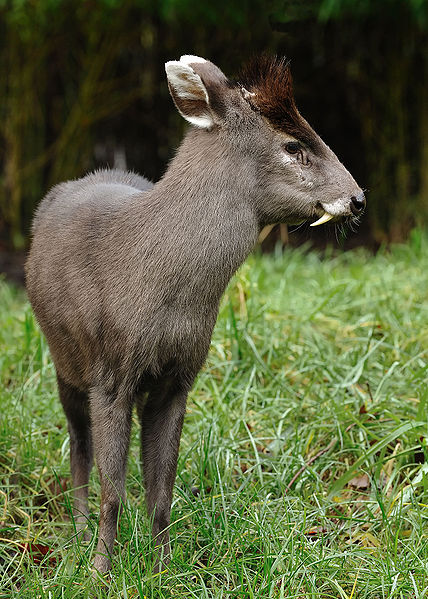 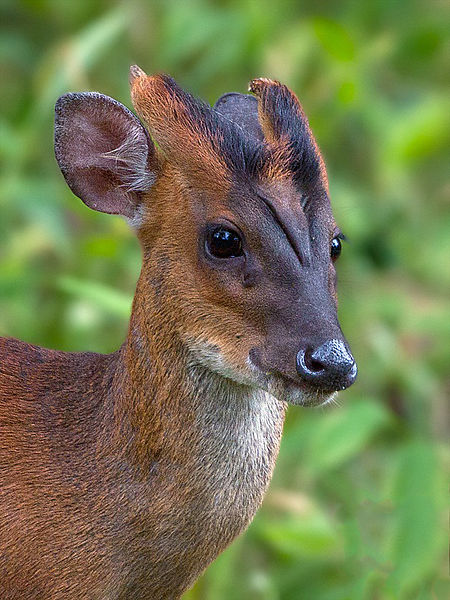 Add to that the musk deer, a fanged group not in the Cervidae family- i.e., not true deer. (In fact, they’re more closely related to bovids- cows.) They are, however, considered to look very similar to the earliest cervids. 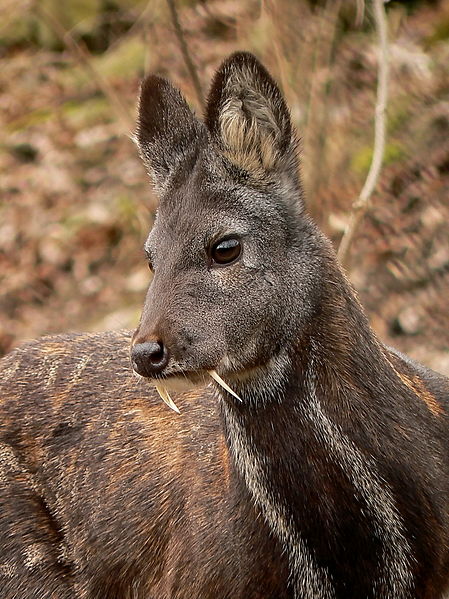 If the musk deer are similar to the early cervids, than the implication is that early deer had tusks. In fact, that’s the reigning theory: you’ll notice that the musk deer and Chinese water deer have no antlers and very large tusks, while the tufted deer has small antlers and intermediate tusks, and the muntjac has larger antlers and tusks that are barely visible under the upper lip.

Essentially, once antlers began to fill the role that the tusks did, the tusks began to disappear within Cervidae until they only remained in a few species.

What role do tusks fill? Male-male competition, as evidenced by the fact that female tusks are often very small or nonexistent. Male deer with tusks fight with slashing motions over mates and territory during the breeding season, aiming for the neck, shoulders and sides of their opponents. (During fights they stand shoulder to shoulder rather than head-to-head like antlered deer- as in giraffes.)

Interestingly enough, these tusks are not fixed entities: they are loose in their sockets and have muscles that can rotate them forwards and back. The deer pull them back while eating, and forward during a fight. Sadly I wasn’t able to find a video of this.

Muntjacs, which have both antlers and tusks, use both during male-male competition. Bigger antlers allow a male to block another from potentially injuring him with those dangerous tusks, providing an advantage. You can imagine that as antlers evolved to be larger in other species, the tusks became irrelevant and disappeared.

There is behavioral evidence that tusks once existed in tusk-free species- for example, the red deer has an aggressive display that involves raising the lip to expose its tiny canines, even though they are never actually used in male-male combat. 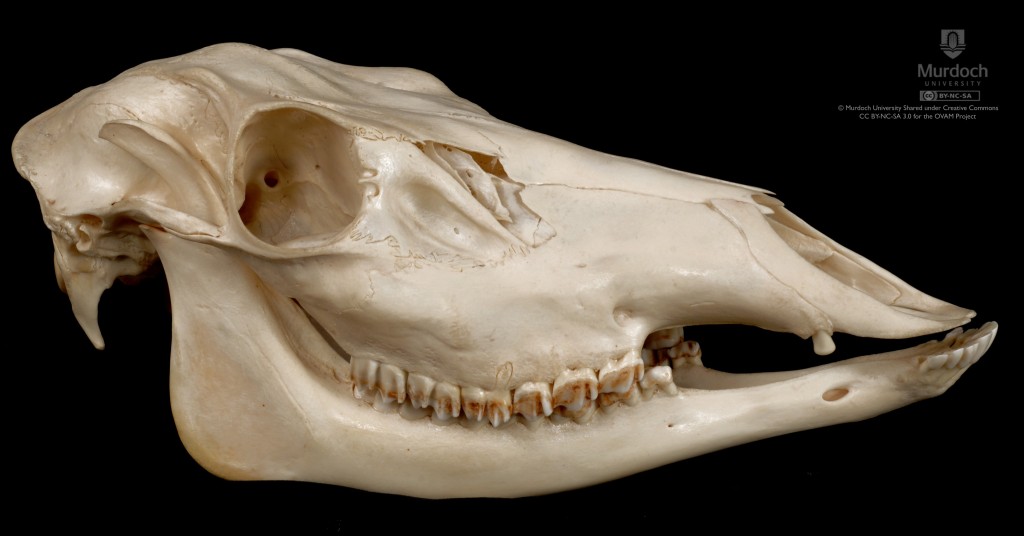 Skull of a red deer showing drastically reduced canines. (Source.) Even in this species, canines are noticeably larger in males than females. However, many deer species have lost their canines altogether.

That’s about all the tusk info there is for living cervids, but if you look back in time there are some even weirder shennanegins going on in the tusk vs antler struggle. For example, there is an extinct family called Palaeomerycidae that arguably (the jury’s out) gave rise to musk deer and true deer. Interestingly enough, most palaeomerycids have antlers. Weird antlers. 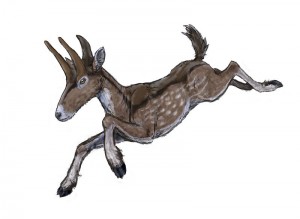 Some had both antlers and fangs. 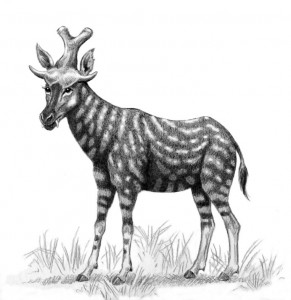 The most interesting thing, of course, is that all of them had three antlers, not two, and these antlers were more similar to the ossicones of a giraffe than modern deer antlers.

The position and reinforcement of the central antler suggests that it was the only one used directly during fighting, while the lateral ones were only used for visual display.

It’s possible that these antlers disappeared as fang-to-fang combat became the preferred method of male-male fighting (the placement of the third horn wouldn’t do well to ‘block,’ the way modern antlers would; palaeomerycids may have swung their heads sideways to fight like giraffes) and these early antlers disappeared… then later, new antlers appeared and rendered the fangs obsolete.

That’s all speculation, of course, but it is hilarious-in-hindsight-evolution-what-are-you-doing speculation.

Aitchison, J. (1946, November). Hinged teeth in mammals: a study of the tusks of muntjacs (Muntiacus) and Chinese water deer (Hydropotes inermis). In Proceedings of the Zoological Society of London (Vol. 116, No. 2, pp. 329-338). Blackwell Publishing Ltd.